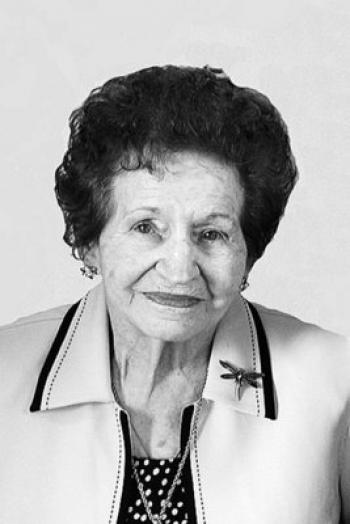 Funeral services will be held on Saturday, December 12, 2009, at a 10 a.m. Mass of Christian Burial in St. Leo the Great Catholic Church in Lafayette, for Mildred Mary Doucet Stroderd, 87, who passed away peacefully on Thursday, December 10, 2009 at Lafayette General Medical Center.

Interment will be in Calvary Cemetery.

Reverend Monsignor Robie Robichaux, JCL, Pastor of St. Leo the Great Catholic Church in Lafayette, will be the Celebrant of the Funeral Mass and will conduct the funeral services. Giftbearers will be Tiger Guillory and Lisa Darby. Lectors will be Wayne Wills and Pat Hebert.

A native of Iota and a resident of Lafayette for 47 years, Mrs. Stroderd was a member of Msrg. Teurlings Ladies Auxiliary and a lay minister in nursing homes through St. Leo the Great Catholic Church.

Millie, as she was more commonly known, married Wilbert Joseph Stroderd in June of 1942 and lived in Hawaii, Japan, Germany and all across the United States as an army wife. Mrs. Stroderd was a wonderful mother to her six children and a caring and loving grandmother and great grandmother. She was generous and a friend to everyone she met.

A Rosary will be prayed Friday at 7 p.m. in Martin and Castille Funeral Home.

The family requests that visitation be observed on Friday from 10 a.m. to 8 p.m. and on Saturday from 8 a.m. until time of service.

View the obituary and guestbook online at www.mourning.com