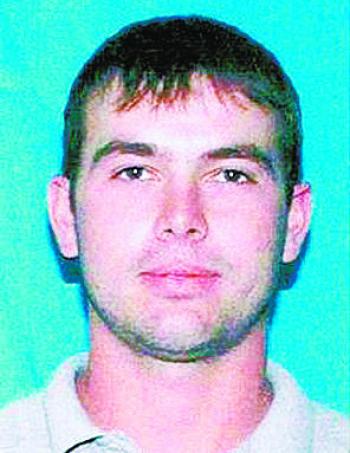 By: Howell Dennis - Editor
CROWLEY - Devin Redlich, the man known as the ‘Basile Slasher’ received a five year suspended sentence at hard labor from District Judge John Trahan. Apparently, a surveillance video which showed the altercation between Redlich, Greg Manuel and Logan Fournerat showed that Redlich was an aggressor in the fight during which his shirt was pulled over his head. However, Fournerat and Manuel’s actions in the altercation apparently caused Judge Trahan to reconsider his sentence.

Redlich was being sentenced for slashing two men in a bar called The Roadhouse in Basile.

“You were originally charged with attempted second degree murder which was later dropped down to second degree battery,” said Judge Trahan. “I considered the pre-sentencing investigation and the video was quite revealing.”

“It is true that you were acting like a mad man that night...throwing chairs and it was evident that you had no intention of retreating,” continued Judge Trahan. “And I’m not sentencing you based on your reputation which ain’t good.”

“I am sentencing you to a five-year suspended sentence if you violate the terms of the sentence you will do your five years,” he added.

Part of Redlich’s terms were that he was to perform 300 hours of community service, pay a restitution of $1,200 and was not allowed to carry any weapons during his five years.

“Do you feel people are going to feel safe if you are on the streets?,” he said. Redlich responded by saying ‘maybe not but they don’t have anything to fear any more.’

“And you were the only person with a knife in that bar am I correct?,” asked Hamilton in a sharp tone.

In asking for leniency, Redlich described the 67 days he spent in prison.

“I hit rock bottom,” he said. “I didn’t believe in Jesus before I went to jail. I’m not going to bother people and I’ll do anything to not go back.

An obviously disappointed Hamilton had no comment following the verdict.

“I’m not worried,” said one of the victim’s family members. “He’ll do something to violate those terms and wind up in prison.”