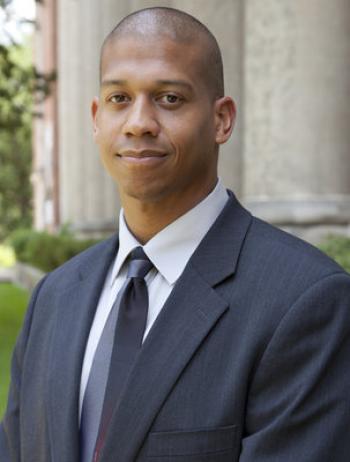 Broussard comes from Northwestern State University, his undergraduate alma mater, where he was serving as Associate Athletic Director for External Relations and the Executive Director of the NSU Athletic Association. He arrives as Centenary prepares to enter its first year of competition under NCAA Division III in the American Southwest Conference.

“Will brings a variety of administrative, athletic, and academic experiences to the job, and we’re proud to welcome him to the team,” said Dave Voskuil, Vice President for Enrollment Services and Interim AD since Dr. Tom Tallach stepped down last fall. “He was impressive off and on the field at NSU, and he has truly left his mark since returning to the athletic department as an administrator. I have every confidence that Will is going to hit the ground running and help make our first year in Division III a successful one.”

Broussard played football at NSU and then returned after completing his graduate degree.

“Having first met and developed a good relationship with Will during his time as an NSU student-athlete, I am happy that Will has received this opportunity,” said NSU Athletic Director Greg Burke.  “At the same time, he has been an integral part of some noteworthy, and unprecedented, achievements in terms of generating support for the NSU athletic program and will be greatly missed by our department and university.  All of us in the NSU Athletic Department thank Will for his dedication and wish him the best in this new endeavor.”

Originally from Crowley, Louisiana, Broussard also served on the faculty at NSU and was very active on campus and in the community. He arrives at Centenary during a period of renewal of the academic program as well as the campus environment.

“I am humbled to be chosen to lead Centenary College Athletics at this watershed moment in the department’s history,” said Broussard. “I am also tremendously confident and inspired by the mission of the college and the message that President Rowe has articulated for its continued progress. Centenary Athletics is poised for breakout success in NCAA Division III and the American Southwest Conference. I look forward to working with our great coaches and student-athletes, as well as faculty and staff, as we travel this road together.”

As a 2000 graduate of the Louisiana Scholars’ College at Northwestern State University, William Broussard earned a masters and doctorate in Rhetoric, Composition, and the Teaching of the English Language in 2007 from the University of Arizona. While in graduate school, he served as an undergraduate instructor, research supervisor, and held positions in athletics and student life. He also gained academic experience as a faculty member at Pima Community College in Tucson.

Originally from Crowley, Broussard returned to his home state and alma mater and served as Associate Athletic Director for External Relations as well as the Executive Director of the NSU Athletic Association. In these roles, he oversaw all areas of athletic fundraising and external relations, breaking university records for attainment, annual fund, and corporate sponsorships. He garnered the largest gifts in the history of the department as well as the university as a whole. In addition, he worked closely with several sports, managing football game operations and coordinating schedules and contracts. He also served as the department’s ambassador at campus events and on a wide variety of committees and working groups.

Concurrently with his work in the athletic department, Broussard worked closely with students on an academic level. He served as an assistant professor first in the journalism department and later in the language and communication department, teaching several traditional and online courses. In this role, he volunteered as a faculty advisor for the National Association of Black Journalists as well as NSU’s Student Alumni Association.

Broussard has also been an active leader in the community. He has served on the Executive Board of the Boys and Girls Club and is a past president of the Natchitoches Lions Club. He also represented the NSU Athletic Department at regional and national conferences and the Southland Conference at the National Association of Athletic Development Directors conference.

As an undergraduate, Broussard was a varsity letter winner for NSU’s Division I football team from 1997-2000. A two-time All-American center, Broussard was a member of the All-Conference, All-Louisiana, All-District teams and received several notable awards for his success both in the classroom and on the playing field.