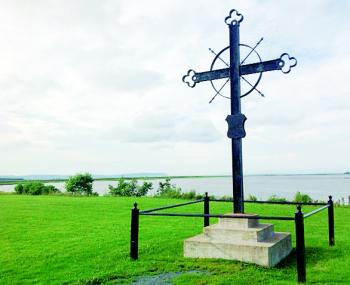 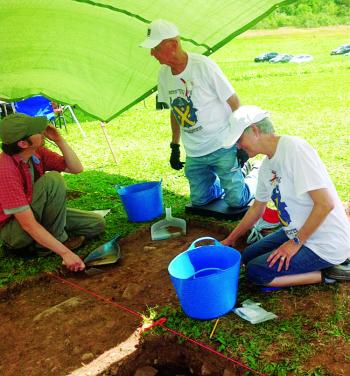 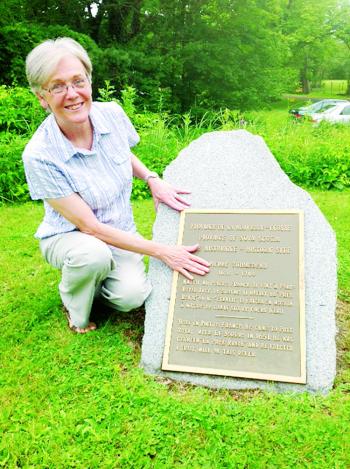 By Fair Hash and

As with most stories, this one starts with a beginning that happened centuries ago in a far away place.  It dates back to 1654 when Pierre Thibodeau came from the province of Poitou, France, and settled in an area known as Acadie, now as Nova Scotia.  Pierre owned a grist mill on his property at Pre Round. A plaque has been placed in his honor near the property where his family settled.

Then something occurred that changed the lives of these peaceful settlers forever.  Thibodeau was one of many Acadian families in Nova Scotia forced to leave their homes and belongings as they were expelled from their country by the British. Even though they had land and a prosperous settlement, all of their belongings had to be left behind.

After the Grand Derangement of the Acadians, the Thibodeau property, like other Acadian settlements that had been in the area, was settled in 1760’s by farmers referred to as the Planters, from British colonies.

The area in Nova Scotia today, once settled by the Thibodeaus, has been in the same family — the Shaw family — since the early 1860’s. The Shaws had been successful farmers in Rhode Island and the descendants of this Planter family still farm the property in Nova Scotia today. It is their family who first invited today’s Thibodeaus and Thibodeauxs to walk on the land in 2004 and were gracious hosts to the new group during the time of this adventure.

This is not the end of the story. It is the continuation of the Thibodeaux family in their quest to learn more about their ancestors from Acadie.

Recently, after all the years, members of the Thibodeaux family were given an opportunity to return to their “roots” in Nova Scotia. Over two dozen Thibodeauxs participated in a trip to fulfill their dream of learning more about their Acadian family. They came from Florida, California, Louisiana, Texas, Arkansas, New Hampshire and Maine. They joined local Canadian history volunteers and Thibodeaus from Nova Scotia and New Brunswick.

Dr. Carl Brasseaux, noted Louisiana historian, disputes as incorrect the long held idea that Cajuns (the Acadians who settled in Louisiana) and used an “x” in marking their names did so because they were unable to read and write. In an interview (Chris Segura, American Press, 8/5/99), Brasseaux noted that Judge Paul Briant, a French refugee who had fled slave uprisings in St. Domingue (now Haiti), was the one most responsible for the “eaux” spelling.

In an attempt to standardize the spelling which had not been standardized before, Briant arbitrarily chose an “x” to add to the Acadian surnames ending in “eau” in the 1820 U.S. Census in Louisiana. This was just one of the many correct ways to standardize the “o” endings in French.

To those traveling to the family adventure, it became more than just a brief visit. It became an opportunity to participate in an archeological dig for artifacts from the original Thibodeau home site.  The venture was highly professional with Sara Beanlands, serving as the archaeologist project manager. This gave an interesting connection that made the project even more exciting.  Sara knows and loves the Shaw farm, her aunt and uncle’s land, and played there as a child.  She was given permission by her uncle to set up dig sites which could unearth both Shaw and Acadian Thibodeau artifacts. To help in the dig, the Boreas Heritage Consulting Company, for which Sara is the senior archaeologist, utilized a new high tech scan which allowed the archaeologists to “see” underground and identify potential search areas. The new instrument turned up a number of possibilities such as building foundations, rock walls, and wells.  These were plotted on a map and became the initial dig site.

The “amateur” archaeologists, under the supervision of Sara and staff, painstakingly removed the earth from the designated areas identified by the scan technology as possible sites for potential search areas.

There were five home sites in the village developed by Pierre’s family.  What is believed to be the old French house is where the current group joined in working with the ongoing dig. Carefully scraping through the earth with triangular trowels, group members turned up Planter and Acadian artifacts including ceramic shards, buttons, a metal shoe buckle, glass fragments, a handle of an eating utensil, and bones (likely animal), among other finds.

Items found earlier at the site included an ornamental piece of metal believed to be from a rifle, and a sewing needle. The found objects were placed in small plastic bags identified by lot location and date. Buckets of the scooped out earth were then sifted through wire mesh screens to catch any hidden treasure that might have initially been missed.

All finds will be carefully studied later at the lab.  Some items will be displayed in museums in Nova Scotia and possibly in Louisiana museums. Currently, some items from earlier digs are on display in Erath, LA at the Acadian Museum.

The excitement of the group was at a high level as the present day Thibodeaus and Thibodeauxs were able to touch the artifacts that they felt were from their ancestors and probably had not been touched for over 200 years. They were even more amazed to realize that these items were things that their ancestors probably abandoned when the forced expulsion resulted in the families having to leave behind everything except that which they could carry.

Dick and Therese Thibodeau of Maine, and Don Thibodeaux of Baton Rouge were the highly talented group leaders for this journey. Shirley Thibodeaux LeBlanc of Lafayette, La., the Thibodeaux family historian and president of the Famille de Thibodeaux, supported the group by providing t-shirts and caps to identify members as part of the family. Although Shirley and husband John have a long time connection with Thibodeaus, in Nova Scotia, they were unable to attend this trip due to family illness. However, there were many others joining the search. The participating Louisiana group included Louis Mier, formerly from Rayne, and his wife, Kathy, who now reside in Zachary; Clara Darbonne of Washington; Leslie Stitt Braddock, originally from Jennings, and her daughters, Kathryn, Elizabeth and Sarah, all from Melbourne, Fla.: Irving and Doris Thibodeaux of Morse; and Julie and Rusty Thibodeaux of Lafayette who now from Katy, Texas.

Theresa Hebert Cronan, of Fayetteville, Ark., was the link with Rayne in this search. Theresa’s parents were Leland Paul Hebert Sr. and Hilda Zaunbrecher Hebert, and her grandparents were Everett (Nute) Hebert and Rita Thibodeaux from Parks. Her sister, Helen Hebert Menard, and her husband, Carol reside in Rayne where they are leading civic and religious leaders in the community. Their other siblings are Leland Jr., Ray, Gregory, Geoffrey, Beth and Timmy Hebert.

According to accounts of the Thibodeauxs making the trip, the entire event was much more than an exciting adventure. To these family members, just to be on the grounds of their ancestors’ home sites and to have an opportunity to take part in organized digs to uncover artifacts from homes their families were forced to leave was an extremely emotional experience. It brought them wonderful appreciation of their family as they took a huge step back in time and connected to the family’s past, their present and their future.

The group was filled with pride thinking of the expulsion and the  unknown future faced by the Acadians, yet realizing these brave settlers made lives in a new country and were successful in their ventures despite facing many difficulties and obstacles. It was the knowledge of having links and memories with meeting and knowing family from over the United States and Nova Scotia and the opportunity to bond with them in the common search of the past.

It was clearly proof of the importance of tracing one’s family history and the value of having those ties through the years.

These emotions of the love, pride and achievement of their brave and hardy ancestors gave the Thibodeauxs a newfound sense of awareness and appreciation.  To each family member this became a true “treasure” for each of them.

It was not about finding gold, silver or money, there were the more important things they learned about their family. This was the true treasure that each person found in this dream search for family treasure.