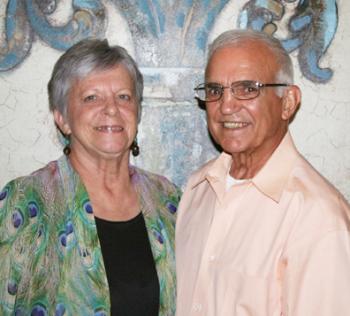 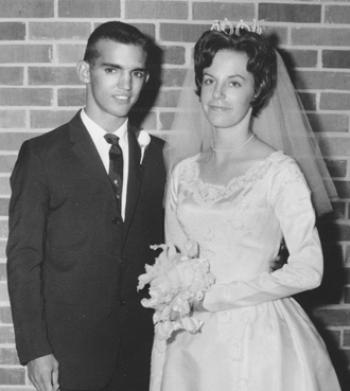 CELEBRATE 50TH ANNIVERSARY - Gerald and Barbara Foreman celebrated their 50th wedding anniversary on Friday, Aug. 29, 2014 (above photo). The couple on their wedding day (at right) August 29, 1964.

Gerald and Barbara Doucet Foreman of Rayne were honored on Friday, August 29, 2014, during an intimate dinner party in observance of their 50th wedding anniversary.

The couple was married on August 29, 1964, at St. Joseph Catholic Church in Rayne.

Mrs. Foreman is the former Barbara Doucet, daughter of the late Emick and Evelena Doucet.

Mr. Foreman is the son of the late Turney and Edith Foreman.

They are the parents of Tanya F. Beller (Barry) of Rayne, April F. Domingue (David) of Houston, Texas, and the late Jerry Foreman.