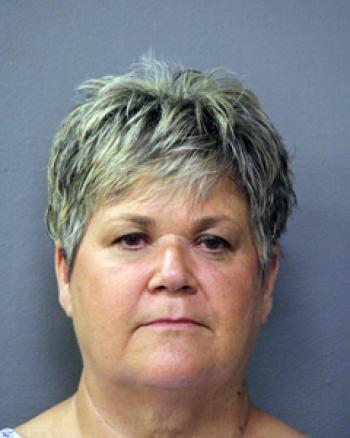 Louisiana State Police have once again arrested Maxine Trahan on warrants of theft that actually have roots in the first incident.
Trahan was arrested Wednesday on charges of exploitation of the infirmed and felony theft.
According to that warrant for arrest, Trahan used an elderly woman’s home and property as bond for release on her original criminal charges. This was done without the older woman’s knowledge or consent.
Her bond for both charges is a combined $75,000.
Trahan is being held in the Lafayette Parish Correctional Center. The Lafayette Parish Sheriff’s Office JADE Systems website lists her court date at Friday, Sept. 16, at 8 a.m.
Trahan, former public information officer for the Acadia Parish Sheriff’s Office, was arrested by state police in April on felony theft charges. She is accused of theft of $48,000 in money seized from drug busts in the parish.
According to an affidavit for her arrest, Trahan alone was tasked with depositing money seized by the sheriff’s office into an account.
An early audit of the account showed no deposits made by Trahan into the account. These audit showed missing deposits as far back as 2010. The missing money was to be distributed to various law enforcement agencies, court funds and the district attorney’s office.
Trahan allegedly failed to make 15 separate deposits, according to the affidavit.