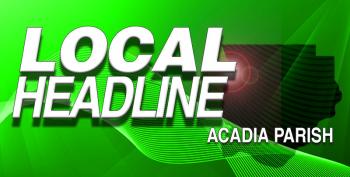 At its January meeting, the Acadia Parish School Board heard reports on Head Start and learned about construction projects and more.

Sondra S. Myers, principal of Head Start in the parish, told the board about how the program would be reviewed onsite by officials at the end of this month and delivered reports regarding the Louisiana Bureau of Licensing deficiency and Technology Plan.

Myers also explained that the Head Start will be able to return the cafeteria equipment and tables it has borrowed after purchasing new equipment  with surplus USDA Child and Adult Care Food Programs funds.

Prior to Myers’ items on the agenda, the board learned that the concession stand built at the ongoing baseball/softball park project in the Iota/Fourth Ward area has reached “substantial completion” it has been inspected by the fire marshal and received approval.

The board also learned that the classroom additions in the Iota/Fourth Ward area is in the bidding process. The project will see the addition of eight classrooms and six bathrooms at the schools.

Board members also renewed two agreements at the meeting. They renewed the intergovernmental agreement for facility or facilities usage between the board and the city of Rayne.

Acadia’s parish-level science and social studies fairs have been held at the Rayne Civic Center and the city has used the school’s gyms as well.

Members also approved a one-year renewal of the board’s agreement with F.A. Richard and Associates for worker’s compensation claims administration.

During the superintendent’s comments portion, John Bourque reminded all that testing is “right around the corner” for the parish students before explaining the parish’s rationale concerning schools remaining open during the cold weather.

Bourque again explained that whenever the parish can get children to school safely, the schools will be open, citing things like a growing number of parents working during the day and how many students depend on school lunches for meals.

“When you cancel school, you put a lot of kids at risk,” he said.

“We get calls from parents saying ‘You’re going to make them come to school in the cold?’, well, it’s cold at home,” he said. “At any time, a parent may take that kid and keep him home and it will be an excused absence. If you are fortunate enough to stay at home and take care of your children, fine.”

The board this year will continue to hold its regular school board meetings at 5 p.m. on the first Monday of each month and its committee meetings on the third Wednesday at 5 p.m.

The meetings will be held in the board room of the Acadia Parish School Board Office, located at 2402 N. Parkerson Ave. in Crowley.

The board’s next regular meeting will be held Feb. 3.