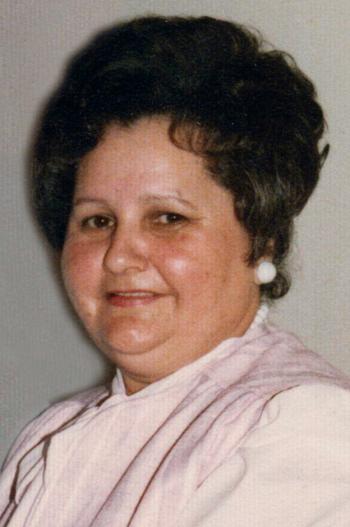 A Mass of Christian Burial will be held at 9 a.m. Friday, February 7, 2014 at St. John the Baptist Catholic Church in Lyons Point for Dorothy Bell Trahan, 78, who died February 5, 2014 at American Legion Hospital in Crowley.

Fr. Clint Trahan, pastor of St. John the Baptist Catholic Church will be officiating for the services. The family is requesting visiting hours to be held Thursday from 11 a.m. to 9 p.m. and Friday from 7 a.m. to 8:30 a.m. Deacon Tom Sommers will be leading a rosary at 7 p.m. Thursday. Thursday. Interment will be in Abshire Cemetery.

Mrs. Trahan is preceded in death by her husband, Wilfred Trahan; and her parents, Calice and Alice Ancelet Trahan.

Condolences may be sent to the family by www.geesey-ferguson.com

Arrangements have been entrusted to Geesey-Ferguson Funeral Home of Crowley.