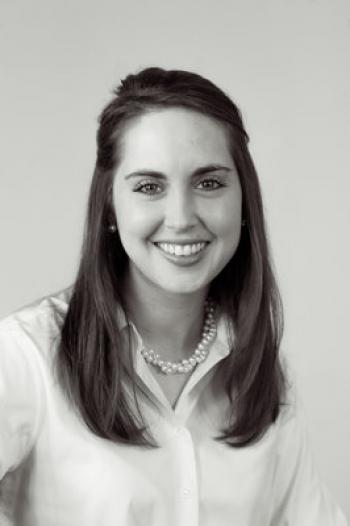 NEW ORLEANS - Mr. and Mrs. Thomas Clifton Cowan and Mr. Michel Franz Bertucci announce the engagement of their daughter Dr. Elizabeth Brandon Bertucci of New Orleans to Mr. Samuel Andrew Moody Robertson of Lafayette. Mr. Robertson is the son of Mr. and Mrs. Samuel Adams Robertson. The nuptial Mass will be solemnized on November 3 at the Immaculate Conception Jesuit Church in New Orleans with the Reverend Monsignor Richard Greene officiating. A reception will follow at the New Orleans Country Club.

Dr. Bertucci, whose mother is the former Mary Shelley Eaves of New Orleans, graduated from the Louisiana School for Math, Sciences and the Arts in Natchitoches. She attended the College of William & Mary in Williamsburg, Va. and earned a Bachelor of Science in psychology and a Bachelor of Arts in art history. She is a member of Chi Omega sorority. Dr. Bertucci received her medical degree from Tulane School of Medicine and completed a residency in Pediatrics at Tulane. She is currently a Fellow at Tulane in Allergy and Immunology.

Dr. Bertucci is the granddaughter of the late Mr. and Mrs. James Everett Eaves Jr. and the late Dr. and Mrs. Emile August Bertucci Jr., all of New Orleans.

Mr. Robertson, whose mother is the former Rosalind Marie Moody of Crowley, graduated from St. Thomas More High School in Lafayette. He received a Bachelor of Business Administration in Accounting and a Master of Science in Finance from the Mays Business School at Texas A&M University in College Station, Tex. He is currently the managing director of Rivergate Energy Partners.