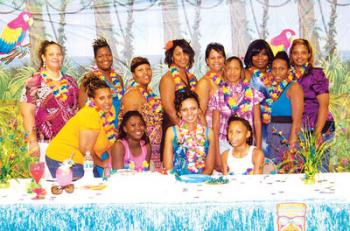 The K.C. Hall of Crowley was the setting for a Hawaiian Luau hosted by Sandry Monroe, Courtney Dequir, Krystal Smith, Lakeisha Johnson, and Michelle Kennerson.

The groom is the son of the late Ms. Abelle Domino and Sidney Prevost of Port Arthur, Texas.

The couple will exchange vows September 5, 2009 at St. Michael’s Catholic Church in Crowley. Deacon Ozene will officiate the service.