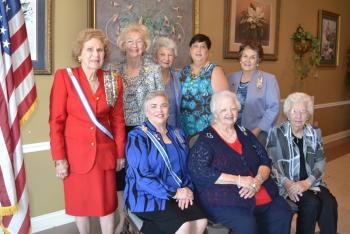 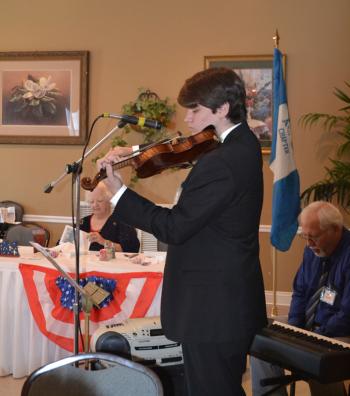 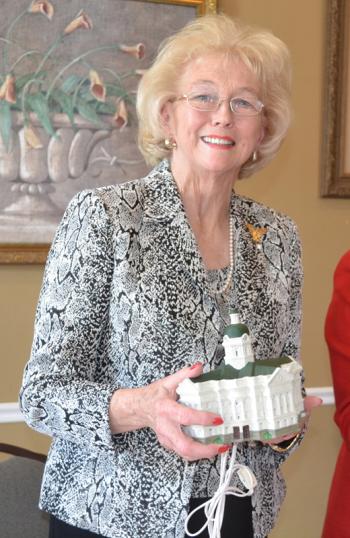 In appreciation of her serving as guest speaker for the luncheon, the Acadia Chapter DAR presented Kay Katz with a replica of the old Acadia Parish Courthouse. 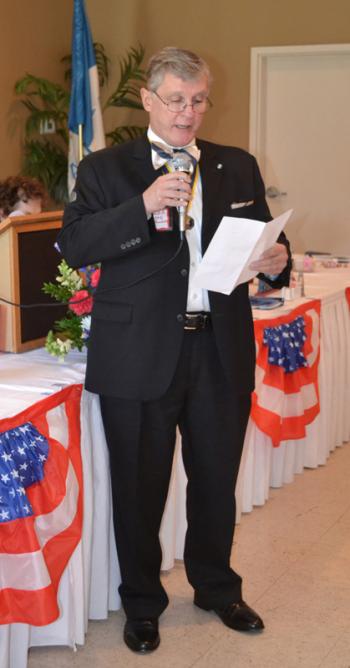 Robert G. Hess, president of the Louisiana Society of the Sons of the American Revolution, traveled to Rayne to address the luncheon attendees. 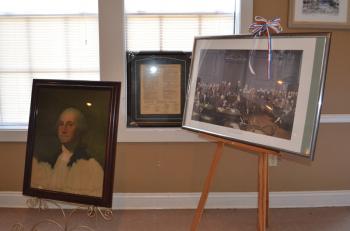 On exhibit were a number patriotic items, including a copy of the United States Constitution and a reproduction of the painting “The Signing of the Constitution” by Louis S. Glanzman, which was commissioned by the Delaware, Pennsylvania and New Jersey State Societies, Daughters of the American Revolution. 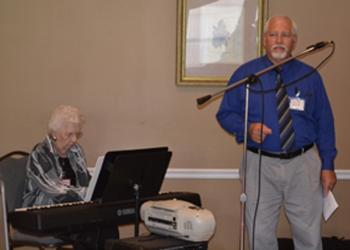 Nearly 125 people were on hand for the celebratory Constitution Week luncheon hosted by the  Acadia Chapter of the Louisiana Society of the Daughters of the American Revolution (LSDAR) at Chef Roy’s in Rayne on Saturday, Sept. 20.

The Acadia Chapter hosted the event, which embodied the DAR motto, “God, Home and Country,” for all of the Eastern Chapters in District VI, including the Attakapas, Galvez, New Iberia and Opelousas Chapters.

Prior to the program, the women and their guests enjoyed a performance by accomplished violinist and vocalist Hunter Lambert, a senior at Notre Dame High School of Acadia Parish who has performed at Carnegie Hall and won the talent competition at last year’s National Beta Club Convention.

The program was led by Honorary State Regent Barbara de la Houssaye, who served as chairman of the Acadia Chapter Constitution Week committee.

After an invocation by Joanna Leigh Pruitt, Jo-Anne Arnaud led the Pledge of Allegiance, followed by Isabella de la Houssaye’s reading of the American’s Creed and Kathy Richard’s reading of the Preamble to the Constitution.

The national anthem was sung by Banks Pruitt, accompanied by his mother Joanna.

LSDAR State Regent Sue Simpson offered greetings from LSDAR, after which Robert G. Hess, president of the Louisiana Society of the Sons of the American Revolution, brought greetings from that organization.

The guest speaker for the event was Kay Kellogg Katz, current LSDAR National Defense Chairman, who represented District 16 in the Louisiana House of Representatives from 2000 through 2012.