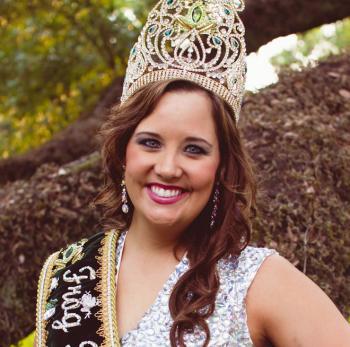 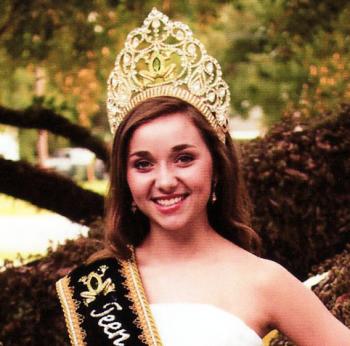 The Rayne Frog Festival Queen, Teen and Ms. Queen Pageants, sponsored by the Rayne Frog Association, will be held this weekend on Saturday, September 28, 2013 at 6:30 p.m. at the Rayne Civic Center.  Tickets will be available at the door at a cost of $10 per person.

The competition for contestants consists of the following segments:  Interview, Evening Gown and an On Stage Question.

The outgoing Frog Festival Queen, Brittney Reed, would like to extend a special invitation to everyone to attend this year’s pageant and festivities as addressed in her outgoing letter:

A year ago I was blessed with the opportunity to represent a community and commodity that has always been a dream of mine to hold.  Having turned 23 right before the pageant, I knew it was my last opportunity to achieve this dream before I would age out and no longer have that chance. God definitely had a plan for me and bestowed this wonderful blessing upon me being crowned the 39th Rayne Frog Festival Queen. This year was no less than an absolutely amazing year. I traveled all across the state of Louisiana attending 30 events and was able to attend the Washington, DC Mardi Gras Ball. From winning the boot decorating contest at the Strawberry Ball, picking up crawfish cages in Breaux Bridge, riding in a horse drawn buggy at Floral Trail, eating freshly shucked oysters at the Oyster Ball, trying different sauces at Hot Sauce, to learning how to use a Duck Call in Gueydan and how Rice is farmed in Crowley, to just name a few, this year was full of everlasting memories and friendships that were made and will always be near and dear to my heart.  The highlight of my year was attending the Washington, DC Mardi Gras Ball where Mardi Gras is truly brought there from Louisiana.  I was able to see all of our nations national monuments, attend the Kings luncheon at the Capitol, talk with our representative, Charles Boustany, meet USA Olympic Team members, eat at the famous George Town Cafe, and of course, attend the three amazing balls put on each night. It was at the Saturday night ball when I realized just how amazing it was to be able to say I represent the city of Rayne and the frogging industry. As I stepped into the spotlight as my name was called, I saw myself projected out to the audience on the big screen and the crowd went wild. Walking around the ballroom I heard things like, “We love frogs!”, “I’m from Rayne!” or “I love that festival!” It wasn’t about me, it was about YOU, the city of Rayne and what this city is most famous for, its Frogs. It was a humbling experience and I am forever grateful I was able to attend such a prestigious event on my last year of being a festival queen. To the city of Rayne, the Frog Festival Association, and to everyone involved in the pageant and festival, THANK YOU from the bottom of my heart for taking me in with open arms and being such a supportive group of people. My year was one I will never forget! I look forward to seeing you all again each year at the pageant and festival! Brittney Reed, 2012-2013 Frog Festival Queen.

Teen Frog Festival Queen Victoria Richard is also concluding her reign as she addresses in her outgoing letter:

It’s hard to imagine that a year has passed since I was chosen as your 2012-2013 Teen Frog Festival Queen. I have had the privilege of traveling to many events throughout the state proudly representing this amazing city I call home. This year had been filled with many memories, as well as new friendships that I will cherish forever, I would like to say thank you to the City of Rayne for always treating me like treu royalty -- it is because of you that I would not want to call any other place home. Although I am very sad to see my year come to an end, I am also truly greatful that I had the opportunity to represent such an amazing city and festival. I would like to invite you to join me Saturday, Sept. 28, at 6:30 p.m. at the Ryne Civic Center as I pass my title on to the lucky girl who will be representing you as your 2013-2014 Teen Frog Festival Queen! Victoria Richard, Teen Frog Festival Queen.

Young ladies are asked to wear formal attire and will participate in an informal interview with qualified judges. The new Rayne Frog Festival Jr. Queen will be awarded a crown, banner, silver tray and cape. Her first and second maids will receive a banner.

Entry forms for the competition are available at www.raynefrogfestival.com.

For more information, contact event staff at 337-235-1518, or via email at danette@asilafayette.com.