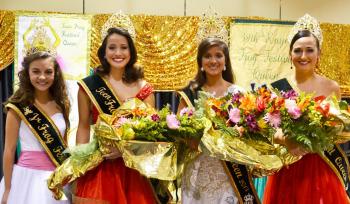 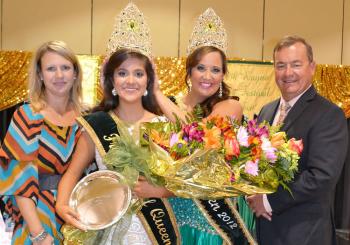 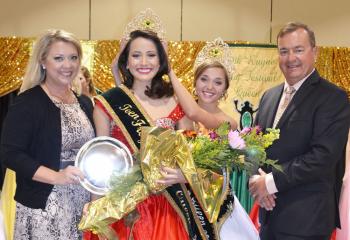 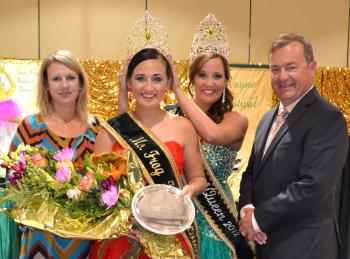 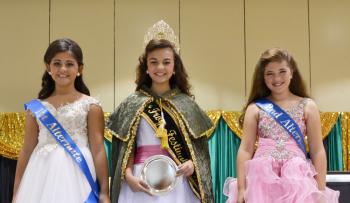 The annual events were again held at the Rayne Civic Center.

She is a freshman at UL-Lafayette and was sponsored for the pageant by her parents.

Frog Festival Queen First Maid and Miss Congeniality was Taylor Hollier, 19-year-old daughter of Sammy and Paula Hollier of Rayne. She represented the city of Rayne for the pageant.

Stephanie Marie Averitt was named Second Maid to the Frog Festival Queen. She is the 20-year-old daughter of Gary and Tina Averitt of Leesville and was sponsored for the pageant by Averitt Transport, LLC.

Cassie Kay Aloisio was named Teen Second Maid. She is the 14-year-old daughter of Mico and Anna Aloisio of Morgan City.

Haley Willis of Creole was crowned the 2013-2014 Frog Festival Ms. Queen to complete the evening of pagentry.

She was sponsored for the event by her family while she represented Cameron and awarded by Brittney Reed, outgoing Frog Festival Queen, Rayne Frog Association Pageant Chairman, and Frog Festival Jimmy Prevost.

The 24-year-old beauty is the daughter of John and Recia Willis and is employed as the office secretary for the Cameron Parish Waterworks and Fire Department.

Named Ms. First Maid was Dana Dupree Fontenot of Rayne. The 29-year-old Rayne native was sponsored for the event by Bayou State Marine.

During a morning pageant held at the Civic Center, Payton Broussard was crowned the 2013 Frog Festival Junior Queen.

Payton is the 11-year-old daughter of Stuart and Angie Broussard of Rayne and a sixth grade student at Rayne Catholic Elementary. She was crowned by last year’s honoree, Alyssa Morgan.

The pageant was again sponsored by ladies of the Preceptor Alpha Chi Chapter of Beta Sigma Phi for young ladies 10, 11 and 12 years old.

The newly crowned 2013-14 Miss Rayne, Kaitlyn Thibodeaux, welcomed everyone to the City of Rayne and extended a special invitation to everyone to attend the 2013 Frog Festival this November.

Also in attendance were approximately 100 visiting queens from throughout the state, each representing her fair and festival.