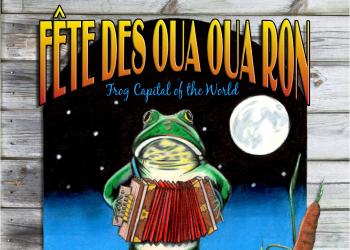 He presented framed and signed posters to the Rayne Chamber of Commerce, accepted by Festival Chairman Jimmy Prevost and Chamber President Byron Foote, and to the city, with City Councilman Gerald Foreman accepting on behalf of Mayor Roland Boudreaux

The poster artist will have a booth at the festival to sell the official 2013 poster.