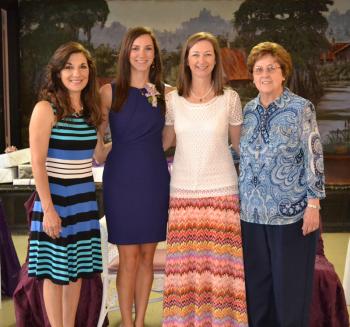 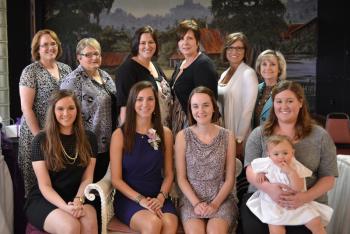 A sunny afternoon paved the way for party-goers at a bridal shower thrown in honor of Trisha Fay Suire, bride-elect of Zachary Christian Pulling.

Hosted by family and friends, the well-attended shower was held at 2 p.m. on Saturday, Sept. 27, at the Crowley Town Club.

For the shower, Trisha was presented with a lovely corsage fashioned from a white calla lily paired with purple orchids and accented with white organza ribbon.

The reception room was brightly decorated with balloons, candles and flowers in the bride’s chosen color of purple.

Guests enjoyed a wide variety of refreshments, including sandwiches, dips and fruit and cheese trays, along with their choice of coffee or punch. For dessert, the hostesses served several sweets, including traditional shower cake.

Out-of-town guests at the shower traveled from Georgia, Texas and various points throughout Louisiana.

Trisha is a graduate of Crowley High School and the University of Louisiana at Lafayette, where she earned a Bachelor of Science degree in petroleum engineering. She is presently employed by Baker Hughes as a wireline account manager.

Zachary graduated from Eunice High School before attending Louisiana College, where he earned a Bachelor of Arts degree in communication arts, and the University of Louisiana at Lafayette, where he graduated with a master’s degree in educational leadership. He is currently employed with Edward Jones as a financial advisor.

The couple will be wed during a 4 p.m. ceremony officiated by Rev. Charlie Crews at First United Methodist Church in Crowley on Saturday, Nov. 29.