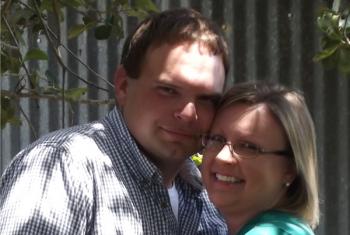 Lacey Denaye Bertrand of Evangeline and Brandon Joseph Frey of Iota have announced their engagement and commitment to be wed on the afternoon of Saturday, Nov. 9.

Lacey is a 2004 graduate of Iota High School and a 2007 graduate of Louisiana State University–Eunice, where she earned a degree in business management. She is presently employed at The Bank in Jennings.

Brandon graduated from Iota High School in 2003 and obtained a degree in business management from Louisiana State University–Eunice in 2006. He is currently employed by the LSU AgCenter Rice Research Station.

The couple will be wed during a 1 p.m. nuptial ceremony officiated by Fr. Jude Thierry Jr. at St. Joseph Catholic Church in Iota.

Following their wedding, the couple plans to reside in Iota.