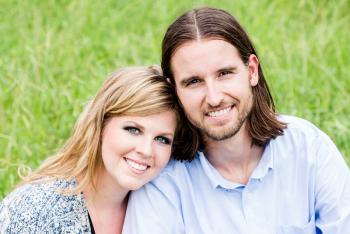 Charlotte and Roland Foreman Jr. of Crowley, Sue and Phillip Pearson of Jacksonville, Alabama, and Trish and Benjie Duvall of Blacksburg, Virginia, are pleased to announce the engagement and forthcoming marriage of their children, Carly Elizabeth Foreman and Blake Rogers Duvall, both of Durango, Colorado.
The bride-elect is the granddaughter of Sylvia and James Miller Sr. and Nancy and Roland Foreman Sr.
Carly graduated from Crowley High School in 2006 before attending Louisiana State University, where she earned a Bachelor of Arts degree in communication disorders in 2010, and the University of Colorado, where she earned a Doctor of Audiology degree in 2014. She is presently employed as an audiologist at Animas Valley Audiology in Durango.
The groom-elect is the grandson of the late Mr. and Mrs. Amos Rogers, the late Mr. and Mrs. Bill Edmiston, Faith Pearson of Jacksonville and the late David Pearson and Mr. and Mrs. Bill Marshall of Germantown, Tennessee.
Blake is a 2003 graduate of Jacksonville High School and a 2007 graduate of Auburn University, where he earned a Bachelor of Science degree in business administration. He is currently employed as the deputy director of the Colorado Community Action Association.
The couple will be wed during a 5 p.m. ceremony on Saturday, Nov. 19, at First United Methodist Church in Crowley with Rev. Hannah Henderson officiating.
Following their wedding, the couple will reside in Durango.