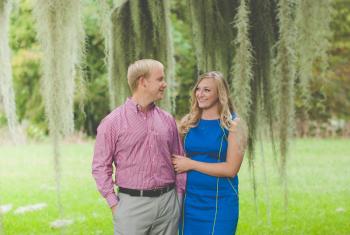 Mr. and Mrs. Keith Hensgens of Gueydan announce the engagement and forthcoming marriage of their daughter, Liesl Clare Hensgens, to Reed Michael Boudreaux, son of Mr. and Mrs. Marlin Boudreaux of Jeanerette.

The Nuptial Mass uniting the couple will be Friday, Jan. 31, at Saint John the Evangelist Cathedral in Lafayette with Father Mark Derise officiating.

Liesl is a 2006 graduate of Notre Dame High School of Acadia Parish and a 2012 graduate of the University of Louisiana at Lafayette with a B.S. in civil engineering. She is employed with C.H. Fenstermaker and Associates.

Reed is a 2006 graduate of Catholic High of New Iberia and a 2012 graduate of the University of Louisiana at Lafayette with a B.S. in civil engineering. He is employed with Royal Engineering and Consultants.