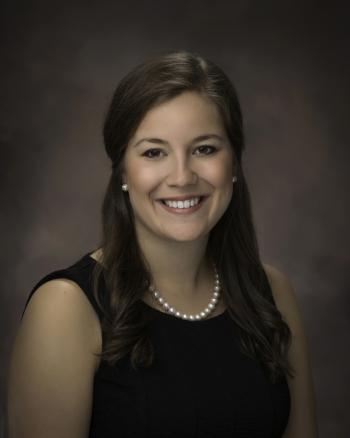 Mr. and Mrs. Roland Robert Prince of Lafayette are pleased to announce the engagement and forthcoming marriage of their daughter, Katherine Alyse, to Ross Gregory Thibodeaux, son of Mr. and Mrs. Robert Dale Thibodeaux of Midland.

Msgr. Russell J. Harrington will officiate the Feb. 7, 2014, ceremony during a Nuptial Mass at Saint Francis of Assisi Catholic Church in New Orleans.

The bride-to-be is the granddaughter of Mr. Gaston LeBlanc and the late Alice Joyce LeBlanc of Lafayette, and the late Mr. and Mrs. Roland Robert Prince Sr. of New Iberia.

The groom-to-be is the grandson of Mrs. Ella Chaumont Ray and the late Mr. James Clifton Ray of Lake Charles, and Mr. and Mrs. Emery L. Thibodeaux of Midland. Ross is a 2002 graduate of Notre Dame High School of Acadia Parish in Crowley and a 2007 graduate of Louisiana State University in Baton Rouge, where he earned a Bachelor of Science degree in economics. Ross is a partner of Thibodeaux Ag Group.