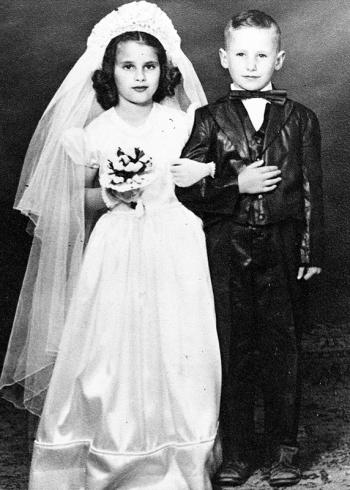 The Thibodeauxs were actually first “married” in 1949, when they were cast in the roles of bride and groom in a school play at Morse Elementary. They do not recall how they were selected for the parts, but it may have been fate. 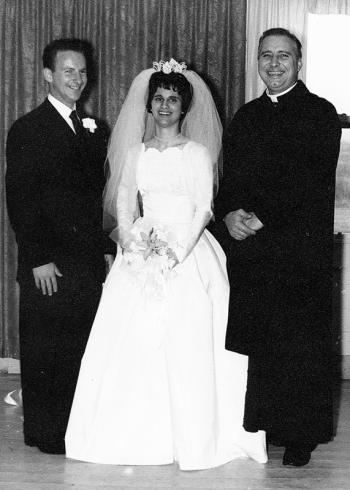 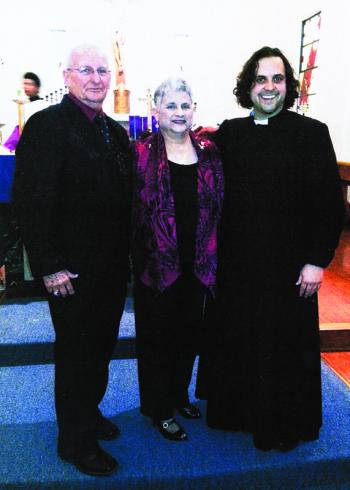 On Dec. 21, 2013, Leisa and Robert Thibodeaux of Morse celebrated 50 years of marriage, a major milestone by anyone’s standards, by renewing their vows at the same church where they were married half a century ago.

Mrs. Thibodeaux, the former Leisa LeBlanc, is the daughter of Helen M. Rost of Morse and the late Andrew Lee LeBlanc. She is retired from the Acadia Parish School Board after having served as the secretary at Morse Elementary School for 30 years.

Mr. Thibodeaux is the son of the late Marie Louise S. Breaux and the late Causby Thibodeaux. He is self-employed and the owner of Robert’s Barber Shop in Crowley.

The Thibodeauxs were married on Dec. 21, 1963, by Fr. William Ohlenforst at Immaculate Conception Church in Morse, and had three children, Judith Lee Kershaw of Morse, Drew Thibodeaux of Lafayette and the late Melissa Ann Thibodeaux.

The couple celebrated with a quiet dinner with their children at Alesi’s in Lafayette on Dec. 14 before renewing their vows at Immaculate Conception Church in Morse on the actual day of their golden anniversary, Saturday, Dec. 21. Fr. Clint Trahan officiated the ceremony. One of Mrs. Thibodeaux’s bridesmaids, Margaret Hanks Richard of Lyons Point, was able to be on hand for the occasion.

For the special day, Mrs. Thibodeaux selected a red and black faux two-piece top with black slacks. She wore a lovely matching corsage of red roses and gold leaves tied with a burgundy bow. Mr. Thibodeaux was attired in a coordinating black suit paired with a red shirt.

Afterwards, the couple again celebrated with a dinner, this time accompanied by a large crowd at Fezzo’s  restaurant in Crowley.