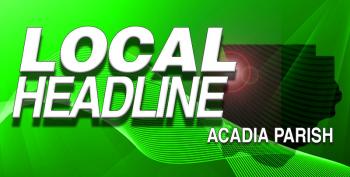 The Acadia Parish School Board has finally adopted its adjusted millage rates for Tax Year 2016 after an 8-0 roll call vote.
Initially, the board was set to vote upon the rates in August at a special board meeting, but that meeting was canceled due to the extensive flooding in the parish.
The vote, though, wasn’t without argument.
“For Consolidated School District 8, I would like to stay where we are and not move up,” said Milton Simar, District 8 board member.
“We’re not moving up, we’re staying where we are,” said Justin Carrier, lead school business administrator. “The taxable value of the homes in that area decreased.”
The item was actually tabled for some time to contact Acadia Parish Assessor James “Jimbo” Petitjean to clarify the matter.
Five minutes later, they had their answer.
“On a $100,000 house, they’d pay an extra 92 cents,” said Carrier.
With the matter clarified, the following millages were approved:
General Fund
• Constitutional tax: 5.23 mills
• School maintenance: 5.10 mills
• Special school tax: 15.28 mills
Maintenance funds
• Fifth Ward maintenance: 13.44 mills
• Consolidated School District 8: 10.92 mills
• Consolidated School District 6: 10.00 mills
U.S. Congressional District 3 candidate Brett Geymann spoke to the school board Monday night. He spoke of his political background and what he’s done to battle for better public education in Louisiana.