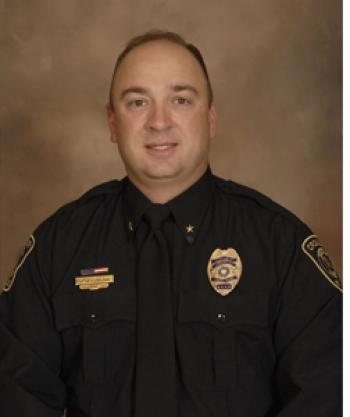 Crowley Chief of Police K.P. Gibson has held his position as Crowley’s top cop for the past 11 Rice Festivals. When speaking with him on Monday, his experience working Crowley’s signature weekend was obvious as he discussed some tips for having a safe weekend, while issuing a warning to those who come to the event with the intention of starting trouble.

The 77th International Rice Festival begins Thursday night and Gibson’s men will be out in force to help maintain law and order.

“Well, as has been usual for the past several years anyone who is arrested on the festival grounds will be put in jail with a $1,000 cash bond,” said Gibson. “This is a family-friendly event and we hope that every one in attendance will respect others and treat them as they would want to be treated.

“We also ask that you drink responsibly and obviously to not drink and drive,” he continued.

Last year, in an effort to curb underage drinking, the Crowley City Council used an armband system which required anyone who wanted to drink alcoholic beverages to purchase an armband which showed that they were of legal drinking age. This year, the same law applies only, it now requires that any bars on the festival grounds sell the armbands to their patrons who leave the bar with an alcoholic beverage.”

“This has become an ordinance now,” stated Gibson.

Gibson also stated that, with the Southern University’s 200-plus member marching band being one of the featured attractions during the Grand Parade, people who come early and put down their lawn chairs close to the parade route may be asked to move back.

“Southern has a large marching band and we have to make sure that they are given room to perform,” he said.

Among the other tips Chief Gibson offered were:

Chief Gibson stated that while he wants everybody to have a good time that people need to use their best judgement to ensure that this year’s festival is a good time for all who attend.