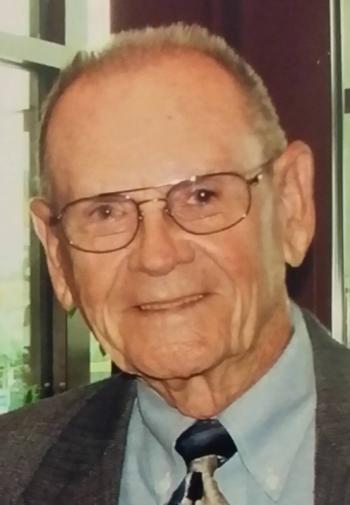 Dr. Joe Hargroder, well known and respected doctor in Jennings, lost his hard-fought battle to cancer on May 15, 2014. He was 83 years old.

Dr. Joe was a family physician in Jeff Davis Parish for over 30 years. He dedicated his life to the people of Jeff Davis Parish and was even named a “Local Legend” by the Jennings Daily News in 2004. He was a founding board member and vice chairman of MidSouth Bank from 1990 until 2012. He was well respected and admired for his community involvement and service. He enhanced the spirit and life of everyone who knew him.

Dr. Joe graduated from Church Point High School at age 15, the University of Southwestern Louisiana at age 18 and LSU Medical School at age 21. He moved to Jennings in 1957 after serving in the Air Force as a flight surgeon and began a family medical practice with Dr. Harold Sabatier. Hargroder and Sabatier worked together for three decades taking care of the people in Jeff Davis Parish, including the Coushatta Indians, before retiring from medicine in 1992.

In 1985, Dr. Joe played a pivotal role in the founding of Midsouth National Bank, having raised 25 percent of the capital to start the bank. He never missed a board meeting in the 29 years of residing on the board of directors and was preparing to attend the meeting on the day before his death but was overcome by his illness.

In his later years, Dr. Joe’s passions were taking care of his family, playing golf with his friends and attending to MidSouth National Bank business. Even with his illness, he took care of his wife with Alzheimer’s for the first six years with little assistance and showed great patience and compassion. His love and devotion to his family and MidSouth National Bank kept him living eight years beyond his original diagnosis of 6-18 months.

Those who knew him well would say his hardheadedness may have had something to do with his longevity also. He rarely complained during his battle with cancer, even making it difficult for those closest to him, to believe that he was ill.

As one of the founders of MidSouth Bank, the Dr. Joe Hargroder Scholarship was established in 2005, making it available to Jeff Davis Parish students who attend McNeese State University.

In lieu of flowers, the family has requested that contributions be made to the established fund. Checks can be sent to the McNeese Foundation, P.O. Box 91989, Lake Charles, LA, 70609. Donations can also be made online at www.mcneesefoundation.org.

Dr. Joe’s passion and love for the field of medicine led him to donate his body to science for medical research. A memorial and celebration of his life will be held on July 20 at 6 p.m. at The Grand Marais Ballroom, located at 919 N. Lake Arthur Ave., Jennings, 70546.

To extend online condolences, please visit our website at www.matthewsandsonfuneralhome.net.

Local arrangements have been entrusted to Matthews & Son Funeral Home.