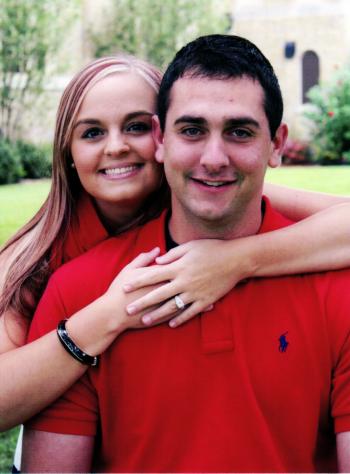 Todd and Melissa Chiasson of Rayne are announcing the engagement and upcoming marriage of their daughter, Shanna René, to Trevor Allen Meche, son of Jeffery and Mona Meche of Rayne.

The couple will be married on Friday, Jan. 3, 2014, during a 7 p.m. ceremony at St. Joseph Roman Catholic Church, followed by a reception at the Rayne Civci Center.

The bride-elect is the granddaughter of Patsy Chiasson of Rayne, the late Wilbert Chiasson, and Deborah Ramsey of Lafayette. She is a 2009 rgaduate of Rayne High School, attained her LPN degree in 2012 from Acadiana Technical College, and is employed by the Rayne Guest Home as the social services director.

The prospective groom is the grandson of Mr. and Mrs. Louis Meche Sr. of Rayne and the late Raymond and Eunice A. Thevis. He is a 2009 graduate of Rayne High School and is employed by Sterling Automotive.

Following their wedding, the couple will reside in Rayne.