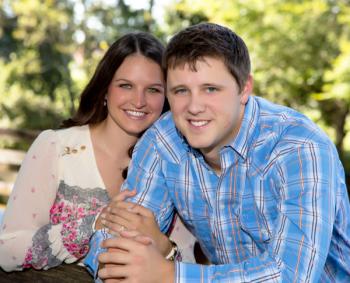 Mr. and Mrs. John Daurelle Schambough of Youngsville are announcing the engagement and upcoming marriage of their daughter, Brandi Gail, to Nicholas Paul Pryor of Moss BLuff, son of Mr. and Mrs. Ira Louis Pryor of Rayne.

The couple will be married on Friday, February 21, 2014, during a seven o’clock evening Nuptial Mass at the Cathedral of St. John the Evangelist in Lafayette, followed by a reception at the CajunDome Convention Center.

The bride-elect is the granddaughter of Mr. and Mrs. Raymond J. Dornak of Hallettsville, Texas, Roger G. Schambough of Lafayette and the late Mrs. Shirley McGee Schambough. She is a 2009 graduate of St. Thomas More Catholic High School in Lafayette, attained a bachelor of science degree in 2013 in sports management, and is employed as an assistant basketball coach at Sam Houston High School in Moss Bluff.

The prospective groom is the grandson of Mr. and Mrs. Daniel Habetz, and Mr. and Mrs. Louis Pryor, all of Rayne. He is a 2008 honor graduate of Rayne High School, attained a bachelor of science degree in chemical engineering and chemistry in 2012 from the University of Louisiana at Lafayette, and is employed by Citgo in Lake Charles as a process engineer.

Following their wedding, the couple will reside in Moss Bluff.