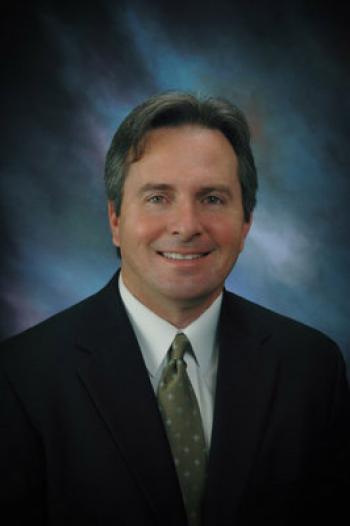 The Board of Directors of the Crowley Chamber of Commerce is proud to announce the selection of Mr. Mark Cullen as the 2011 Business Person of the Year.

Mr. Cullen founded Compass Health in May of 1998 as an outpatient community mental health center located in Kaplan. With only three employees and less than one year later, the second location, a mental health rehabilitation agency, was opened in Crowley. Following these two locations, in early 2000, Mr. Cullen’s team organized and launched the company’s first inpatient unit in Kaplan.

In 2002, with three inpatient units and three outpatient units, Cullen consolidated the company’s billing, finance, and marketing operations to form one home office in Crowley. This first home office location was established by renting an office space on the second floor, above Gremillion’s Drug Store on North Parkerson Avenue.

Compass Behavioral Health has since seen incredible growth. Over the past three years, they have experienced an 89 percent growth rate and employ of over 450 staff members. The annual payroll systems of Compass account for more than $12.5 million dollars, with 108 employees and $3.25 million dollars in wages located within Acadia Parish. Today, their facilities include eight inpatient psychiatric hospital units totaling 105 hospital beds and 14 outpatient mental health programs.

Originally based in Acadia and Vermillion parishes, the company has expanded their service region to include the metro areas of Alexandria, Baton Rouge, Houma, Lafayette, and Lake Charles. Cullen takes special pride in working closely in partnership with community hospitals in Bunkie, Church Point, Kaplan, Opelousas, and Natchitoches. Additionally, the company owns and operates psychiatric hospitals in Crowley and Jennings plus a large outpatient facility in Mamou as part of its psychiatric health system. In 2010, Compass opened traditional, by appointment, outpatient psychiatric clinics in Alexandria, Baton Rouge, Crowley, Kaplan, Jennings, Lafayette and Lake Charles to meet the growing consumer demands for less intensive psychiatric services such as individual counseling or occasional medication management.

Whether the Affordable Care Act of 2010 is struck down by the Supreme Court or not, Cullen believes the healthcare industry is entering a more volatile period with ever increasing government regulations. Therefore, the company remains highly focused on regulatory compliance and providing high quality clinical programs with integrity, skill, and innovation. By emphasizing customer satisfaction in all endeavors among patients, their families, and healthcare leaders, Cullen predicts Compass Health will carefully continue expanding services as needed to meet the needs of mental health consumers and community hospitals close to home and across Louisiana.

Mr. Cullen is married to Lynn Faulk Cullen where, together, they reside in Crowley and have four children: Katherine, Alyssa, Ross and Jon Austin. A native of Bunkie, he attended Louisiana State University at Alexandria and is a veteran of the United States Marine Corps Reserve.

As a member of the Crowley Chamber of Commerce, Compass Health has been a major supporter of the Acadia Parish Health Fair where they were a sponsor and volunteered their time. They have also supported other Chamber events such as the Annual Golf Classic, Gumbo Cook-Off and Annual Banquet. Mr. Cullen and his employees frequently attend the chamber’s Network at Noon events and Business After Hours, in addition to other annual events.

Please mark your calendars to join the chamber on Thursday, May 26 for the Chamber’s Annual Banquet, where Mr. Mark Cullen will be honored as the 2011 Business Person of the Year. The chamber will also recognize the Humanitarian of the Year, the Outstanding Young Citizens and the Chamber’s Board of Directors.