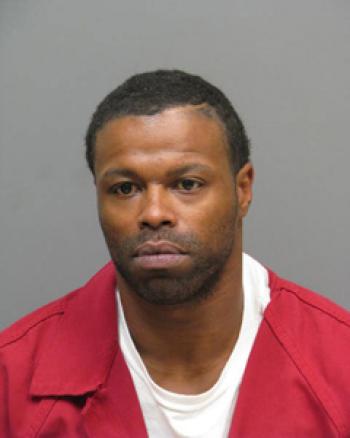 Was wanted in connection with arson, murder in Church Point area
CHURCH POINT –

According to authorities, Nicholas James Dupuis, 33, of Crowley was arrested late Tuesday night and is now in police custody on the charges of first-degree murder and arson.

A warrant of arrest was issued for Dupuis Tuesday afternoon on the charges that stem from two fires Sunday morning in the Church Point area. The first was reported to emergency personnel at about 6:30 a.m. Sunday. The Mire Volunteer Fire Department responded to the residential fire at 639 Choppy's Road. It was there that firefighters discovered a lifeless body that has since been identified as female. While positive identification is still pending, investigators now believe that the victim was 31-year-old Shontel Denise Joseph of Opelousas. Through a preliminary autopsy it was discovered that Joseph suffered two gunshot wounds to the upper torso. A fragment of a bullet was recovered from the body.

Meanwhile, another fire was reported to emergency personnel before 8 a.m. This fire occurred on Black Smith Road near Brittany Road (Louisiana Highway 95) in the Church Point area and was a vehicle fire that destroyed a 1999 Lincoln Town Car.

Investigators, while examining the vehicle, recovered female clothing, shoes and other items of evidence. They also learned that 22-year-old Kantarise Tatty Jordan Lazaro of Church Point was the owner of the car. Initially, Lazaro denied any knowledge or involvement in the fires, stating only that Dupuis had borrowed his vehicle earlier and had also returned it to Lazaro.

However, Lazaro would later recant that statement and admitted he knew of a homicide involving Dupuis and that he had been soliticed for assistance in disposing the body of Dupuis' girlfriend.

In his admission, Lazaro explained that he followed Dupuis to a remote location in a field where he assisted Dupuis in placing the lifeless body of a female into a plastic garbage can, which was doused in gasoline and ignited in a familed attempt to destroy the body. After the garbage can quickly melted away, Lazaro stated that he helped Dupuis place the human remains into the Lincoln Town Car, which was driven by Dupuis.

Lazaro claimed that he then departed in the vehicle he was driving and further denied any knowledge of or involvement in the murder or the aformentioned fires.

For his part in the crime, Lazaro was charged and booked into the Acadia Parish Jail for being an accessory after the fact to first-degree murder. Lazaro was later released after posting a $10,000 bond.